You are here: Home / The Pieta 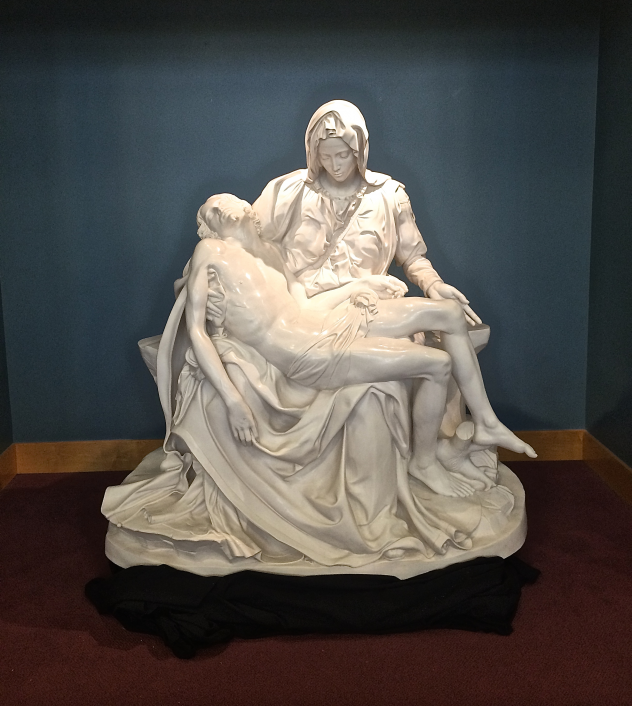 Inspired by the spirituality of the Pietá, over 50 parishioners, patrons and a priest gathered April 10, 2015, to hear Prince Lorenzo Maria Raimondo de’ Medici, a descendent of a major Italian family who sponsored Michelangelo, speak about his family and art at the parish. The event was a fundraiser to acquire the Pietá casting that is now on display at the parish. At the event, Prince Lorenzo spoke about Michelangelo’s inspiration as a young man. The choice of the stone was important because Michelangelo demanded perfect integrity in the marble as well as the whitest color. He envisioned the statue as already existing within the marble, needing only to be “set free” from it. Fr. Bill added that the statue depicted a dying Christ held on his mother’s lap one last time, His fingers intertwine with her gown as a last connection to her. Prince Lorenzo also presented Archbishop Alexander Sample a bust of Mary, cast from the same mold as the Pietá on display.

The Pietá casting now on display at the parish is one of only 100 based on the original Pietá. The casts were produced in 1932 by Arte Divine from a Vatican-authorized mold, which are sold to benefit the Vatican Observatory Foundation. One of the other remaining casts will be presented in Philadelphia later this year to honor Pope Francis’ first visit to the United States. The original Pietá was sculpted from 1498-1499 by Michelangelo, who began the work at age 23 after being sponsored by the de’Medici family 10 years earlier. 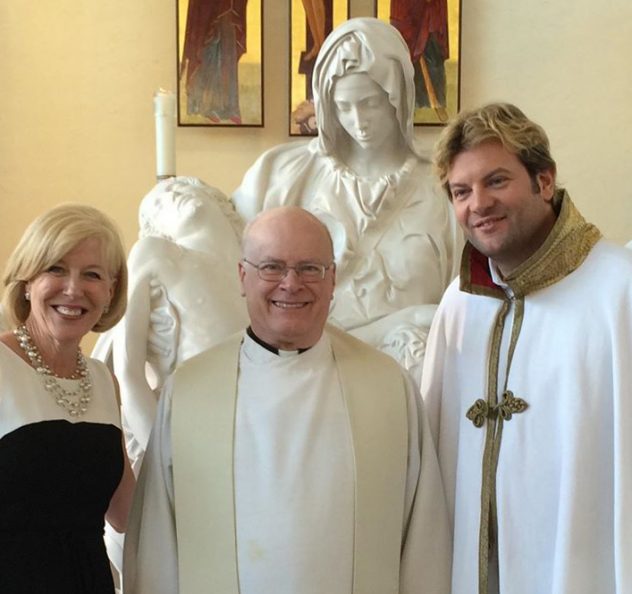 Standing before an exact cast replica of the Pietá are (from left) Jennifer Lamb, Oregon Director of Patrons of the Arts in the Vatican Museums and Resurrection parishioner; Fr. Bill and, Prince Lorenzo Maria Raimondo de’ Medici. The Prince spoke at “The Prince and the Pietá,” an April 10, 2015, fundraiser to permanently display the Pietá casting at the parish.